Artículos relacionados a The Heat of the Kitchen

Donoughue, Bernard The Heat of the Kitchen

The Heat of the Kitchen 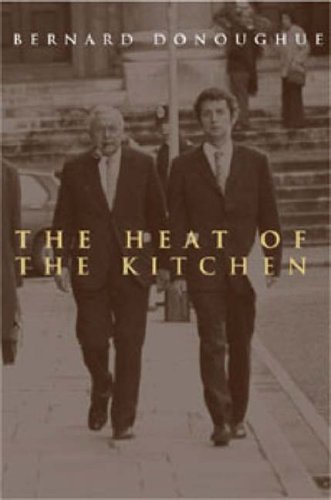 Bernard Donoughue has worked in the heat of the political kitchen for three decades. As senior policy adviser at 10 Downing Street to Harold Wilson and then to his successor James Callaghan, and later an agriculture minister in Tony Blair?s first government, he has been a potent influence on policy and has enjoyed a ringside seat through some of the most turbulent political events of the late twentieth century. His autobiography tells how he overcame a poverty-ridden and frequently disrupted childhood in Northamptonshire to win a scholarship to Oxford; how after becoming increasingly involved in politics while working in journalism and academia he was invited into Harold Wilson?s inner circle ? popularly known as ?the kitchen cabinet?; how he founded the 10 Downing Street Policy Unit, bringing into the heart of government some of the keenest brains in the country and transforming then nature of the Prime Ministerial role; he coped with life in Number 10 with the combative Joe Haines and the volatile Marcia Williams; how he left politics after James Callaghan?s defeat at the hands of Margaret Thatcher in 1979 for even more turbulent times with Rupert Murdoch and Robert Maxwell; how in 1997 he was brought into Tony Blair? s first government as agriculture minister in the House of Lords.

1. The Heat of the Kitchen