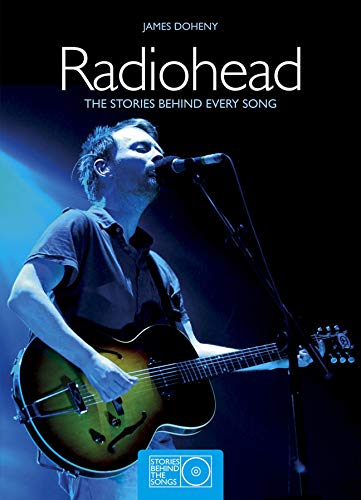 With complex, haunting soundscapes and raw, soul-searching lyrics, Radiohead has blazed an uncompromising trail to become one of the most critically acclaimed, socially aware, and perennially popular rock acts in the world. Like such predecessors as Pink Floyd, U2, and REM, the band has maintained its underground cred even while residing at the heart of the popular mainstream. Now writer and musicologist James Doheny reveals the inside story behind every Radiohead song in a comprehensive and insightful book no true fan will want to be without.

James Doheny is a writer, musicologist, and music industry consultant based in London. Originally trained in composition at the Royal Academy of Music in London, James has worked as a journalist for publications and broadcasters including the Times, Wired, and the BBC, and as a commentator for many others, including the Guardian, Time Out, and MTV. He has also provided marketing and management consultancy to major and independent record labels, working with artists such as Brian Eno, Aphex Twin, Sigur Rós, King Crimson, Philip Glass, and Ludovico Einaudi.