ArtÝculos relacionados a Stalin: The Court of the Red Tsar (Orion 20th Anniversary... 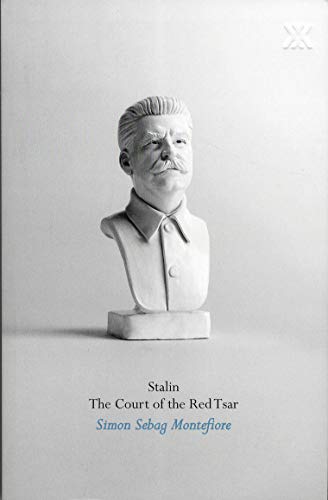 Simon Sebag Montefiore is a prizewinning historian whose bestselling books have been published in over forty languages. CATHERINE THE GREAT AND POTEMKIN was shortlisted for the Samuel Johnson Prize; STALIN: THE COURT OF THE RED TSAR won the History Book of the Year Prize at the British Book Awards; YOUNG STALIN won the Costa Biography Award, LA Times Biography Prize and Le Grand Prix de Biographie; JERUSALEM: THE BIOGRAPHY was a number one bestseller. Montefiore is also the author of the acclaimed novels SASHENKA and ONE NIGHT IN WINTER. He read history at Cambridge University where he received his PhD, and now lives in London with his wife, the novelist Santa Montefiore, and their two children.
www.simonsebagmontefiore.com
@simonmontefiore
www.facebook.com/pages/Simon-Sebag-Montefiore