Artículos relacionados a Diversity and Dominion 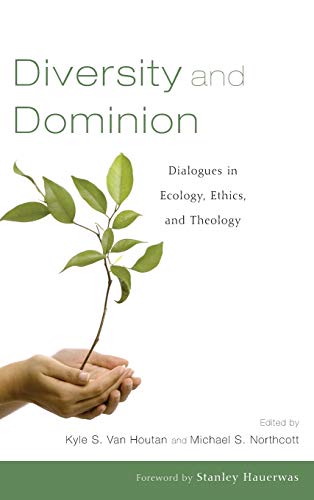 Descripción Hardback. Condición: New. Language: English. Brand new Book. This book records a set of dialogues between scientists, theologians, and philosophers on what can be done to prevent a global slide into ecological collapse. It is a uniquely multidisciplinary book that exemplifies the kinds of cultural and scholarly dialogue urgently needed to address the threat to the earth represented by our super-industrial civilization. The authors debate the conventional account of nature conservation as protection from human activity. In contrast to standard accounts, they argue what is needed is a new relationship between human beings and the earth that recovers a primal respect for all things. This approach seeks to recover forgotten resources in ancient cultures and in the foundational narratives of Western civilization contained in the Bible and in the culture of classical Greece. "A refreshing critique of both evangelical and liberal North American environmental discourse, a bold exercise in multi-disciplinary conversation, and a welcome retrieval of the virtues of creaturely humility and gratitude." -Ernst M. Conradie University of the Western Cape, South Africa "This wonderfully rich book is a model of deep conversation on crucial challenges we face. The most important issues are intrinsically interdisciplinary, yet we often settle for talking 'at' or 'to' one another. This is especially true among the 'environmental' and 'religious' communities. The conversations in this book show that deep interdisciplinary engagements offer opportunities to re-frame the questions and re-describe the challenges in more promising and life-giving ways, transforming participants and the issues alike. A terrific achievement." -L. Gregory Jones Duke University "Underlying the environmental movement are a set of mostly undiscussed ethical and theological assumptions about the nature of the world and our relationship to it. In this pioneering volume, scholars from various perspectives engage in a deep exploration of the relationship of ecology, theology, and ethics. The results are often illuminating, sometimes surprising, and uniformly worth engaging." --Paul Root Wolpe Emory University "Van Houtan and Northcott engage scientists, ethicists, theologians, and other thinking persons in dialogue, working to re-ligate the torn academic and social fabric, and bringing all to see and respond to the biosphere--the awesome creation that calls for our guardianship and respectful service. They have us join this dialogue, motivating us--guardeners all--toward nurturing the kind of wisdom and humility that brings good news to every creature." --Calvin DeWitt University of Wisconsin Kyle S. Van Houtan is a Post-Doctoral Fellow in the Program in Science and Society and a Research Fellow in the Center for Ethics at Emory University. He has served as a biologist with the Smithsonian Institution and the U.S. Geological Service. Michael S. Northcott is Professor of Ethics in the School of Divinity in the University of Edinburgh, Scotland. He is the author of The Environment and Christian Ethics (1996). Nş de ref. del artículo: LHB9781498212045