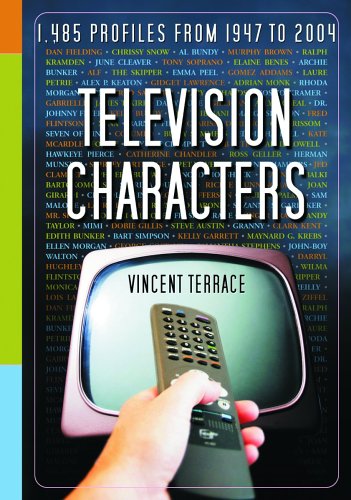 Did you know that Alice Kramden's (The Honeymooners) first job was as a jelly donut stuffer - and that she was then promoted to donut taster? Or that John Robinson (Lost in Space) was a professor at the University of Stellar Dynamics and that his daughter Penny had an IQ of 147? How about the fact that Sam Malone (Cheers) graduated from Boston Prep School and then was a pitcher for the Boston Red Sox (jersey number 16) before he bought the bar where everybody knows your name? Highly detailed biographical information on 1,485 television characters who appeared on the small screen from 1947 through 2004 is provided in this extensive reference work (there are over 200,000 facts). Characters are arranged by first name and entries provide such information as full character names, years and place of birth, education, home address, marital status, jobs and much more. The broad range of characters is primarily from prime time network, cable and syndicated series. There is a performer's index and an appendix for characters by series and for characters by last name.