Artículos relacionados a Birds Without Wings 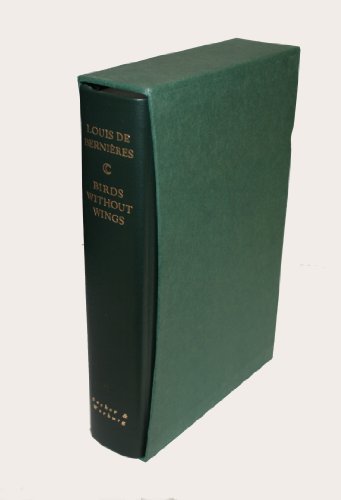 Críticas:
"I loved its rich, relaxed humanism and was much moved by this expa nsive tale" (Boyd Tonkin, Independent)

"it draws a big dramatic canvas embellished with jihad and passion, religion and nationalism, and of course, lots of love" (Katherine Sale, Financial Times)
Reseńa del editor:
Birds Without Wings tells of the inhabitants of a small coastal town in South West Anatolia in the dying days of the Ottoman empire: Iskander the Potter and fount of proverbial wisdom; Philothei, a Christian girl of legendary beauty who is courted almost from infancy by Ibrahim the Goatherd, their great love culminating in tragedy and madness; Karatavuk and Mehmet-ik, childhood friends who play in the hills above the town, Mehmet-ik teaching the illiterate Karatavuk how to write Turkish in Greek letters; the two holy men of different faiths, Father Kristoforos and Abdulhamid Hodja, who greet each other with the words 'infidel efendi'; the landlord Rustem Bey, his wife's adultery and stoning, and his journey to Istanbul in search of a Circassian mistress. It tells also of Mustafa Kemal, the man of destiny, who by virtue of military genius and sheer bloody-mindedness defeats the Franks and reshapes the whole region in his image. When jihad is declared against the Allies the young men of the town are sent to war. Karatavuk soon finds himself at Gallipoli where he experiences the intimate brutality of trench warfare, the loss of many comrades and of his own innocence. As the great world intrudes, the twin scourges of religion and nationalism lead to forced marches and massacres, hunger grips the town and the peaceful fabric of life is destroyed. Epic, yet profoundly humane, Birds Without Wings is a glorious novel by one of our finest and best-loved novelists.