Artículos relacionados a The Grass Dancer 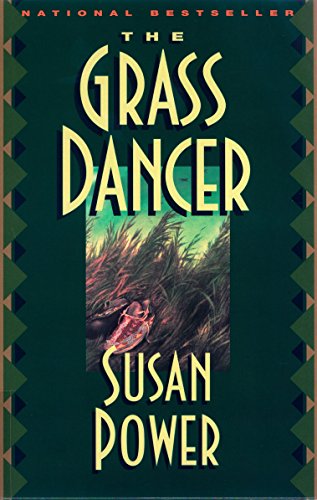 "Captivating...a healing vision that goes to the core of our humanity."--New York Times Book Review

"Stunning...Power steeps us in the traditions and culture of contemporary Indian life."--San Francisco Chronicle "Extravangantly inventive...a book of wonders."--Washington Post Book World "A wild river of a book. Susan Power writes with a headlong energy and a force that are nothing less than thrilling."--Louise Erdich "Pure and potent magic, with storytelling that encircles you like wisps of tribal ghosts."--Amy Tan "Intoxicating...compellingly authentic...Clearly, this author has painted herself a place in the literary landscape."--Chicago Sun-Times Reseńa del editor:

From the 1860s, when two lovers are separated by death, the cosmic drama of the two spirits desperately seeking to be reunited molds the lives and fates of their descendants, in a novel shaped by the lore of the Sioux. Reissue.

Descripción Berkley Books, United States, 1997. Paperback. Condición: New. Reissue. Language: English. Brand new Book. Inspired by the lore of her Sioux heritage, this "captivating"(New York Times Book Review) critically-acclaimed novel from Susan Power weaves the stories of the old and the young, of broken families, romantic rivals, men and women in love and at war. Set on a North Dakota reservation, The Grass Dancer reveals the harsh price of unfulfilled longings and the healing power of mystery and hope. Rich with drama and infused with the magic of the everyday, it takes readers on a journey through both past and present--in a tale as resonant and haunting as an ancestor's memory, and as promising as a child's dream. WINNER OF THE ERNEST HEMINGWAY FOUNDATION AWARD FOR FIRST FICTION. Nş de ref. del artículo: BTE9780425159538

Descripción Berkley, 1997. Paperback. Condición: New. Reissue. Paperback. Inspired by the lore of her Sioux heritage, this critically-acclaimed novel from Susan Power weaves the stories of the old and the young, of broken families, romantic rivals, men and women.Shipping may be from multiple locations in the US or from the UK, depending on stock availability. 352 pages. 0.286. Nş de ref. del artículo: 9780425159538