Artículos relacionados a LAST MUGHAL THE 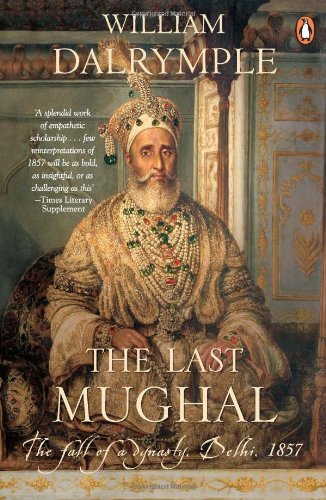 Winner of the Duff Cooper Prize for History 2007 Bahadur Shah Zafar II, the last Mughal Emperor, was a mystic, a talented poet, and a skilled calligrapher, who, though deprived of real political power by the East India Company, succeeded in creating a court of great brilliance, and presided over one of the great cultural renaissances of Indian history. In 1857 it was Zafar s blessing to a rebellion among the Company s own Indian troops that transformed an army mutiny into the largest uprising the British Empire ever had to face. The Last Mughal is a portrait of the dazzling Delhi Zafar personified, and the story of the last days of the great Mughal capital and its final destruction in the catastrophe of 1857. Shaped from groundbreaking material, William Dalrymple s powerful retelling of this fateful course of events is an extraordinary revisionist work with clear contemporary echoes. It is the first account to present the Indian perspective on the siege, and has at its heart the stories of the forgotten individuals tragically caught up in one of the bloodiest upheavals in history.