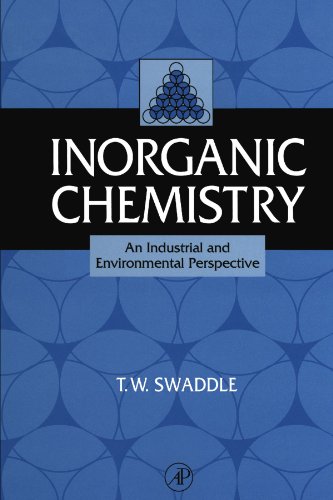 This book addresses the question, What is inorganic chemistry good for? rather than the more traditional question, How can we develop a theoretical basis for inorganic chemistry from sophisticated theories of bonding? The book prepares students of science or engineering for entry into the multi-billion-dollar inorganic chemical and related industries, and for rational approaches to environmental problems such as pollution abatement, corrosion control, and water treatment. A much expanded and updated revision of the 1990 text, Applied Inorganic Chemistry (University of Calgary Press), Inorganic Chemistry covers topics including atmospheric pollution and its abatement, water conditioning, fertilizers, cement chemistry, extractive metallurgy, metallic corrosion, catalysts, fuel cells and advanced batter technology, pulp and paper production, explosives, supercritical fluids, sol-gel science, materials for electronics, and superconductors. Though the book waswritten as a textbook for undergraduates with a background of freshman chemistry, it will also be a valuable sourcebook for practicing chemists, engineers, environmental scientists, geologists, and educators.