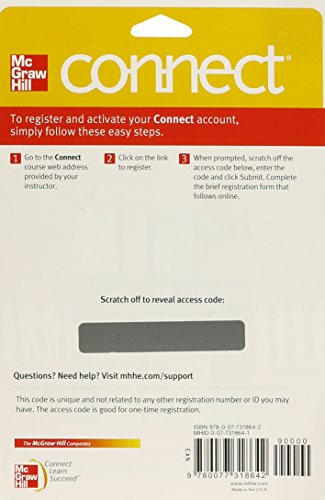 McGraw-Hill’s Connect® Economics is an online assessment solution that gives instructors the power to create assignments, practice, tests, and quizzes online. Connect provides the problems directly from the end-of-chapter material in Frank’s, Principles of Economics, in both static and algorithmic format, so instructors can easily create assignments and tests and deliver them to students. Connect also grades assignments automatically, provides instant feedback to students, and securely stores all student results. Detailed reports let instructors see at a glance how each student performs and easily track the progress of every student in your course. Connect includes the following assignment types:

Robert H. Frank received his B.S. in mathematics from Georgia Tech in 1966, then taught math and science for two years as a Peace Corps Volunteer in rural Nepal. He received his M.A. in statistics from the University of California at Berkeley in 1971, and his Ph.D. in economics in 1972, also from U.C. Berkeley. He is the Goldwin Smith Professor of Economics at Cornell University, where he has taught since 1972 and where he currently holds a joint appointment in the department of economics and the Johnson Graduate School of Management. During leaves of absence from Cornell, he served as chief economist for the Civil Aeronautics Board from 1978 to 1980 and was a Fellow at the Center for Advanced Study in the Behavioral Sciences in 1992-93. He has published on a variety of subjects, including price and wage discrimination, public utility pricing, the measurement of unemployment spell lengths, and the distributional consequences of direct foreign investment. For the past several years, his research has focused on rivalry and cooperation in economic and social behavior. His books on these themes include Choosing the Right Pond: Human Behavior and the Quest for Status (Oxford University Press, 1985) and Passions Within Reason: The Strategic Role of the Emotions (W.W. Norton, 1988). He and Philip Cook are co-authors of The Winner-Take-All Society (The Free Press, 1995), which received a Critic's Choice Award and appeared on both the New York Times Notable Books list and Business Week Ten Best list for 1995. His most recent general interest publication is Luxury Fever (The Free Press, 1999). Professor Frank's books have been translated into eight languages. He has been awarded an Andrew W. Mellon Professorship (1987 - 1990), a Kenan Enterprise Award (1993), and a Merrill Scholars Program Outstanding Educator Citation (1991).