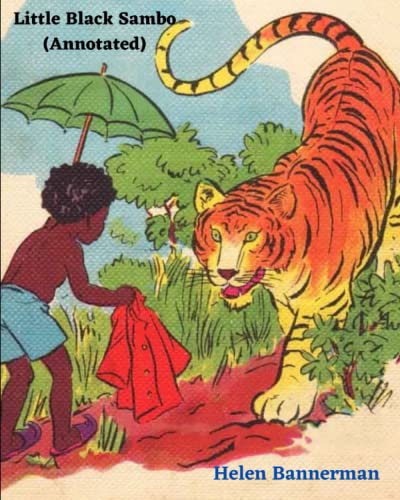 Descripción Independently Published, United States, 2020. Paperback. Condición: New. Language: English. Brand new Book. Differentiated book- It has a historical context with research of the time-Little Black Sambo by Helen Bannerman.This book contains a historical context, where past events or the study and narration of these events are examined. The historical context refers to the circumstances and incidents surrounding an event. This context is formed by everything that, in some way, influences the event when it happens. A fact is always tied to its time: that is, to its time. Therefore, when analyzing events that took place tens, hundreds or thousands of years ago, it is essential to know the historical context to understand them. Otherwise, we would be analyzing and judging what happened in a totally different era with a current perspective.The book contains a somewhat controversial story. Bannerman's original illustrations featured caricatures of a South Indian or Tamil boy. The narrative may have contributed to the use of the word "Sambo" as a racial slur. The success of the story led to the production of many pirated, inexpensive and generally easy-to-get versions that incorporated popular stereotypes of "black" people. In 1932 Langston Hughes criticized Little Black Sambo as the typical "black boy" storybook that wounded many children of color, and gradually led to the book's disappearance from lists of recommended children's stories. Nş de ref. del artículo: APC9798667919957