Artículos relacionados a The Tragical History of Dr. Faustus (Annotated) 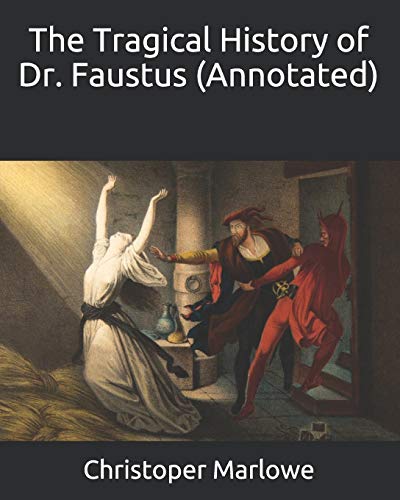 Descripción Independently Published, United States, 2020. Paperback. Condición: New. Language: English. Brand new Book. Differentiated book- It has a historical context with research of the time-The Tragical History of Doctor Faustus by Christopher Marlowe.The purpose of realizing this historical context is to approach the understanding of a historical epoch from the elements provided by the text. Hence the importance of placing the document in context. It is necessary to unravel what its author or authors have said, how it has been said, when, why and where, always relating it to its historical moment.Christopher Marlowe (Canterbury, baptized February 26, 1564 - + Deptford, May 30, 1593) was an English playwright, poet, and translator of the Elizabethan Period. He popularized white verse by incorporating it into his theater. It is considered like the great predecessor of Shakespeare; in fact, there is a debate about his authorship in several works of the Bardo. Christopher Marlowe was born in Canterbury. The son of a shoemaker, he studied at Corpus Christi College, Cambridge and obtained his Bachelor of Arts in 1584. He continued his studies at Cambridge, but in 1587 he was denied a bachelor's degree by university authorities due to his long absences and rumor, according to which. Nş de ref. del artículo: APC9798665336411