Artículos relacionados a The Place Beyond the Winds: illustrated

Comstock, Harriet T The Place Beyond the Winds: illustrated

The Place Beyond the Winds: illustrated 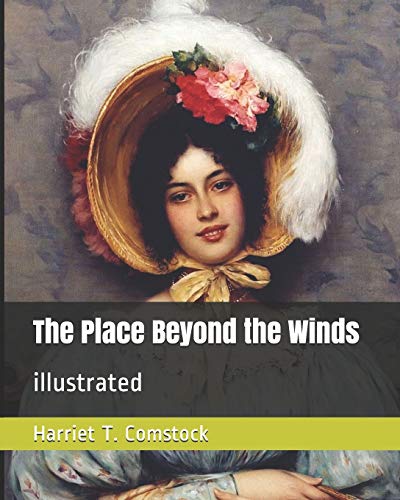 1. The Place Beyond the Winds: illustrated (Paperback)

Descripción Independently Published, United States, 2020. Paperback. Condición: New. Harry Spafford Potter Ilustrador. Language: English. Brand new Book. Harriet Theresa Comstock (1860-1943) was an American novelist and author of children's books. BiographyComstock was born to Alpheus Smith and Jean A. Downey in Nichols, New York. She received an academic education in Plainfield, New Jersey. In 1885, she married Philip Comstock of Brooklyn, New York. She started writing in 1895, mostly short stories for magazines and books principally for children.WORKS Molly, the Drummer Boy (1900) A Boy of a Thousand Years Ago (1902) The Queen's Hostage (1906) Janet of the Dunes (1908) Joyce of the North Woods (1911) A Son of the Hills (1913) The Place Beyond the Winds (1914) The Vindication (1917) Mam'selle Jo: A Novel of the St. Lawrence Country (1918) Unbroken Lines (1919) The Shield of Silence (1921) At the Crossroads (1922)Harry Spafford PotterAmerican - 1873 - 1940Harry Spafford Potter was an American artist who was born in 1873. Harry Spafford Potter's first artwork to be offered at auction was Tree Lined Path to a Grand Home at Eldred's Auction and Appraisal Services in 2017 The artist died in 1940. Priscilla Glenn lives in Kenmore, a place which the Canadian Indians call "the in-place, the place beyond the winds". There are so many traditions, so many things to be proud of, yet Priscilla is different. She dreams of living in the big city. Would she be able to fulfil her dream? If she does, would she leave her traditions behind or remember when she came from? The novel includes descriptions of the traditions and sprawling nature, of the people of Kenmore, and of Priscilla herself. Many people go far away from home to fulfil some or other dream, but home is always there. The novel is perfect for everybody, including fans of Gene Stratton Porter. Nş de ref. del artículo: APC9798652977429