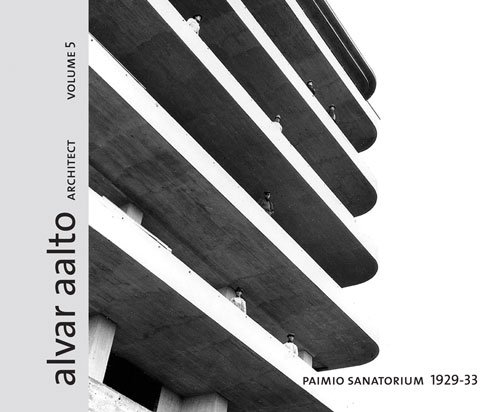 Upon its completion, the Paimio Sanatorium was heralded as an international success, and established the basis for Alvar Aalto’s reputation as one of the most notable modern architects in the world. The book takes the reader on a tour of Paimio: the main building comprised of separate wings, the recreational grounds, staff residences and other buildings that served the sanatorium. Also presented are the historical stages of the sanatorium, from the initial architectural competition to the closure of the hospital. The sanatorium, now more than 80 years old, was extended and renovated numerous times as its functions changed. In addition to its unique architecture, Paimio is also known for its fine interior design solutions. The lamps, furniture, and other details designed by Aalto are characterized, in addition to their practicality, by their beauty. Hence many of them are coveted design objects and are still in serial production. The book’s versatile selection of illustrations, from historical pictures and original drawings to new color photographs, creates a superb broad view of this gem of functionalist architecture.

Esa Laaksonen is a Finnish architect, the director of the Alvar Aalto Academy, and the former editor in chief of Arkkitehti magazine.