Artículos relacionados a 60 Years Later: Coming Through the Rye

60 Years Later: Coming Through the Rye 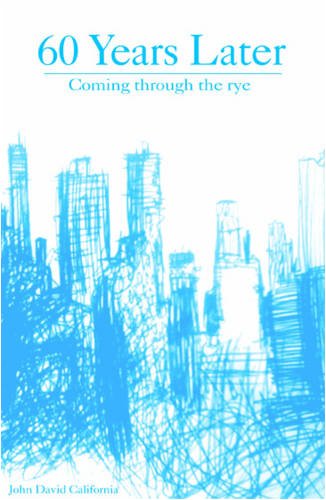 At 76, Mr C. is a man on the edge. Tired of life, the constant disappointments and excruciating boredom, this old man has had enough. From his retirement home, He resolves to seize whatever diginity he has left and end his life in the only place he truly feels at home: Goddam New York City. Armed with a deathwish and an enduring hatred of all things phony, he takes the reader on the ultimate journey: from one life to the next. In his final days the 76-year- old boy still only wants to be the Catcher in the Rye

Born in California to a Swedish mother and an American father, where John David's parents were working for a traveling circus company, John David was named after the state in which he was born. John David's writing career started as a freelance travel writer for several international magazines, as well as several short film scripts. The former gravedigger and Ironman triathlete has been captivated by the story for years. After finding a well-travelled copy of The Catcher in the Rye in an abandoned cabin in rural Cambodia, the iconic characters within saw John through the most maniacal of tropical fevers and chronic isolation. Years later he was finally able to return the favour, holding the fate of Mr. C in his inspired hands with 60 Years Later: Coming Through the Rye.