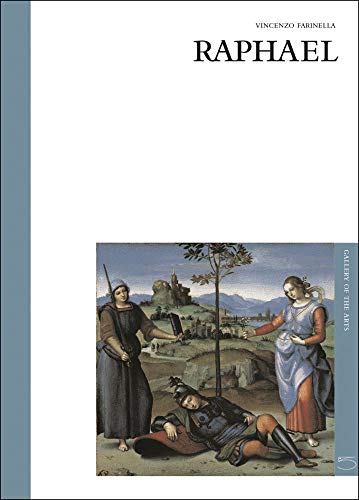 Raphael Sanzio da Urbino (1483-1520) was a genius of change, assimilation and curiosity. His perpetual urge to experiment led him to measure his work against every artistic style he encountered in his twenty years as an artist: in Umbria with his father Giovanni Santi, Pinturicchio and Perugino; in Florence with Leonardo da Vinci, Fra' Bartolomeo and Michelangelo; and finally in Rome with the painting of the Venetian masters and the masterpieces of classical art. In so doing, despite the apparent 'perfection' of his work and glorification by his patrons, he was always challenging his own results. The constant desire for new intellectual tests drew him into the scholarly world of the time, steeping his work in a new intellectual intensity and winning outstanding recognition in the most advanced humanist circles. This led to a special relationship for many years with Baldassar Castiglione and his last (unfinished) undertaking, the graphic reconstruction of classical Rome. This new image of Raphael comes mainly from the enthusiastic critical study of the past twenty years, following the fifth centenary of his birth in 1983 and campaigns to restore several of his works, such as the Vatican frescoes. Raphael no longer stands accused of 'Academism', and his wonderfully changeable figurative language is now fully appreciated.

Vincenzo Farinella teaches History of Modern Art at the University of Pisa.

Descripción Hardback. Condición: New. Language: English. Brand new Book. Raffaello Sanzio da Urbino (1483-1520) was the genius of change, assimilation, and curiosity. Inspired by a constant need to experiment, in his twenty years as an artist he grappled with all the 'manners' he had the chance to come across: firstly in Umbria, with his father Giovanni Santi, Pinturicchio, and Perugino, the ideal master, then in Florence with Leonardo da Vinci, Fra Bartolomeo, and Michelangelo, and finally in Rome with the painting of the Venetian masters and the masterpieces of classical art. All the while he was constantly able to put into question what he had achieved so far, even if to all appearances these results were 'perfect' and excited his clients' admiration.The ceaseless desire to seek new intellectual challenges led him to turn to the world of scholars, whose company contributed to giving Raphael's works an unprecedented cultural depth and earned him the respect of the most sophisticated humanist circles of his day, where he met his lifelong friend Baldassare Castiglione. This questing spirit can be seen in his last work, unfinished at the time of his death, which was to be a detailed painted reconstruction of ancient Rome.Research carried out especially over the past twenty years in the wake of the quincentenary of the artist s birth (1983) and the restoration of some of his major works (such as his frescoes in the Raphael Rooms in the Vatican) has revealed a new Raphael. In particular, it has swept away all suspicion of academicism from an artist who did not appeal greatly to twentieth-century artists, who tended to reduce his subtle figurative language to a set of banal, unimaginative formulas. Nş de ref. del artículo: AAR9788874391219

7. Raphael (Gallery of the Arts)