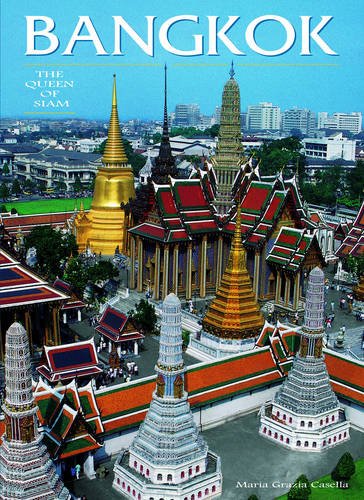 Arriving in Bangkok for the first time or returning for the hundredth does not make much of a difference, the first impression will never be erased. This city steals the heart and keeps it for itself, making it beat along with its own, among temples and canals, in its palaces and streets, and, above all, among its people. Bangkok has been enjoyed worldwide fame for over two centuries, ever since its foundation as the capital of Siam in 1782. Such was its opulence, so intense was its charm from the very beginning that it astounded and enchanted every merchant, missionary, scholar, or traveller who visited it during this period. This power to enchant remains intact, even though today the city is a dynamic and high-traffic megalopolis just like other great Asian capitals. However, it is something more: it is, in fact, not only the capital, but the true heart and soul of Thailand, a country that has happily been uninvolved in the struggles that many nations of Southeast Asia have experienced in the last two centuries. To Bangkok, all members of the Thai nation, the "free people," turn with love, gratitude, and yearning, contributing to make the city infinitely alive. And this life can be easily experienced and enjoyed by observing Bangkok's temples, gleaming and scintillating in gold like those of a fairy-tale city, come true by sailing along its short but majestic river, and by strolling through its markets and along its canals. It radiates pure emotion; it is a soft and constant heartbeat, which becomes so much more intense if one is able to find the key. This new title in the "Journey Through the World and Nature" series, contains breathtaking photography.. NOTA: El libro no estß en espa˝ol, sino en inglÚs.

Comprar usado
Condiciˇn: Aceptable
A copy that has been read, but... Ver este artÝculo

Descripciˇn White Star. Hardcover. Condiciˇn: Good. A copy that has been read, but remains in clean condition. All pages are intact, and the cover is intact. The spine may show signs of wear. Pages can include limited notes and highlighting, and the copy can include previous owner inscriptions. At ThriftBooks, our motto is: Read More, Spend Less. N║ de ref. del artÝculo: G8854400696I3N00

3. Bangkok. The queen of Siam