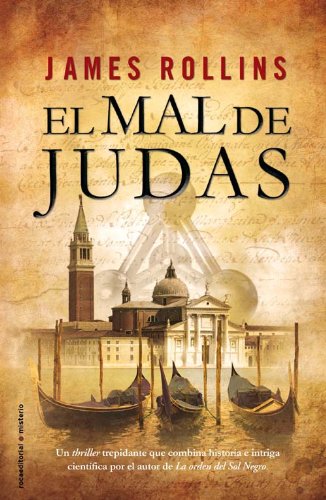 Lisa Cummings and Monk Kokkalis-members of the secret organization Sigma Force, are currently researching about the plague on board of a cruise turned into a makeshift hospital when it is kidnapped by terrorists and turned into a floating laboratory of biological weapons. Meanwhile, and as the pandemic spreads from unchecked global, Sigma Force Commander Gray Pierce, embarks on a quest that takes him to visit graves from Byzantine and Venetian cathedrals to the ruins of Angkor Wat in Cambodia, following in the footsteps of the most famous explorer in history, Marco Polo. Pierce faces a mystery that has its roots in antiquity and in the human genetic code while giving away all sorts of dangers.

James Rollins is the #1 New York Times bestselling author of international thrillers that have been translated into more than forty languages. His Sigma series has been lauded as one of the top crowd pleasers (New York Times) and one of the hottest summer reads (People magazine). In each acclaimed novel, Rollins unveils unseen worlds, scientific breakthroughs, and historical secrets and he does it all at breakneck speed and with stunning insight.