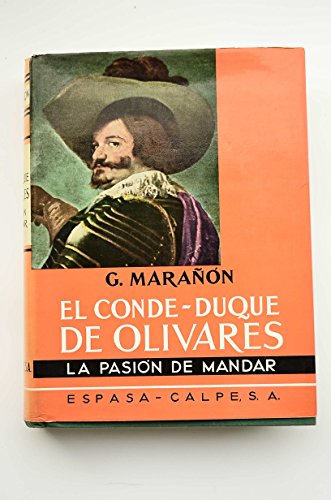 Don Gaspar de Guzmn, Count-Duke of Olivares (1587-1645), was the principal minister and favourite of Philip IV of Spain, and for two decades he guided the destinies of the country that was still the greatest power in the worldA dominant figure in the Europe of the Thirty Years' War, he struggled to maintain Spanish hegemony at a time when the traditional foundations of Spain's power were being eroded, and Spain itself was increasingly being perceived as a great power in decline. The story of his political career, and of his efforts to check the process of decline by an ambitious programme of domestic reform, becomes an epic of titanic and ultimately unsuccessful struggle, culminating in personal tragedy and national disaster. The Count-Duke met his match in his great French rival, Cardinal Richelieu, and France replaced Spain as the leading European power.For all the Count-Duke's enormous historical importance, no attempt has previously been made to study in detail his political aspirations and his career as a statesman. The sheer scale of the enterprise, along with major problems of documentation, has deterred historians from embarking on the study of a man whose policies touched the lives of millions in Europe and the Americas over a period of more than twenty years. This work therefore fills a gaping void in modern European and Spanish history.In this comprehensive political biography Olivares's domestic and foreign policies are skilfully woven together into a sustained narrative on the grand scale. Based overwhelmingly on primary and often unknown sources, this is a study of Spain and Europe in the 1620s and 1630s, but it is also the study of a man. Through it all, the author never loses sight of Olivares himself, a massive figure of fluctuating moods and emotions, once described by Braudel as a cortege of personalities requiring a cortege of explanations. This elegantly written book will be seen as a landmark in the study of a man and an age; indispensable to