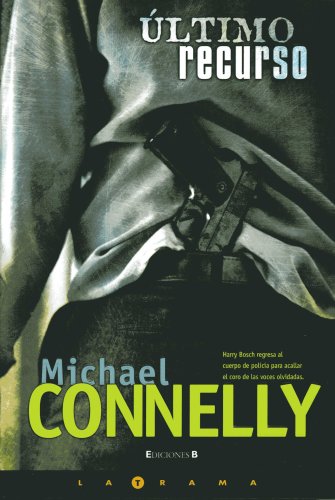 Years after the death of a sixteen-year-old girl is ruled a suicide, detective Harry Bosch receives DNA evidence that reopens the case, which involves an investigation of a white supremacist with close ties to the LAPD.

MICHAEL CONNELLY is a former journalist and the author of over a dozen bestselling books, including the Harry Bosch novels and Blood Work, which was a major motion picture. He has won numerous awards for his journalism, as well as an Edgar Award, a Nero Wolfe prize, a Macavity Award, and an Anthony Award for his books. Michael Connelly lives in Florida.

Descripción Condición: Good. EX LIBRARY BOOK - with the usual stamps, stickers and labels. The item shows wear from consistent use, but it remains in good condition and works perfectly. All pages and cover are intact (including the dust cover, if applicable). Spine may show signs of wear. Pages may include limited notes and highlighting. May NOT include discs, access code or other supplemental materials. Nş de ref. del artículo: 31UMYP003ZMK_ns