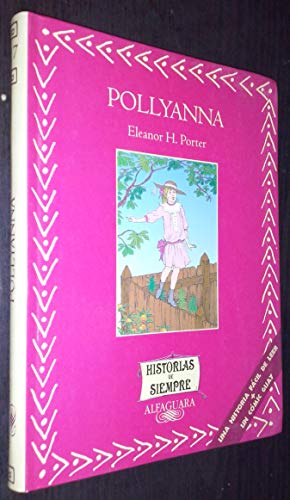 "Pollyanna" is the bestselling novel by Eleanor H. Porter which is now considered a classic of children's literature, with the title character's name becoming a popular term for someone with the same optimistic outlook. The book was such a success that many sequels were produced.

"Pollyanna" has been adapted for film several times. Some of the best-known include Disney's 1960 version starring child actress Hayley Mills, who won a special Oscar for the role, and an earlier version starring Mary Pickford.

Descripción Santillana USA Pub Co Inc. Paperback. Condición: Very Good. A copy that has been read, but remains in excellent condition. Pages are intact and are not marred by notes or highlighting, but may contain a neat previous owner name. The spine remains undamaged. At ThriftBooks, our motto is: Read More, Spend Less. Nş de ref. del artículo: G8420457302I4N00