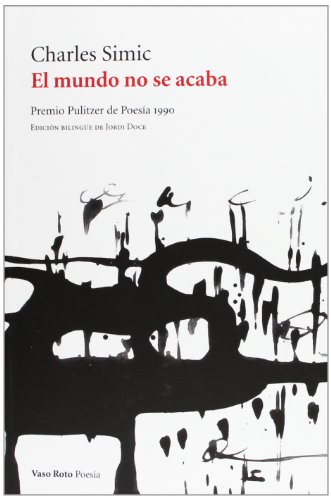 Within the bibliography of Serbian-American poet Charles Simic, "El mundo no se acaba" marks a clear before and after. The only book of prose poems ever to win the Pulitzer Prize for poetry, these poems mark Simic s artistic growth, towards poems with a finger on the pulse of American popular culture in all of its voices and wants. Upon its original publication in 1989, this book was Simic s answer to poetry s cry for a revolution, and showcases what continues to be his singular way of seeing the world, of revealing subjects to themselves only after they have learned to laugh at their own pain."

Charles Simic immigrated to the United States in 1954, where he has resided since. He is currently a professor at the University of New Hampshire and is a regular contributor to "The New York Book Review. "Among other prizes and recognitions, he received the Pulitzer Prize for poetry, a MacArthur Foundation genius grant, and served as the United States Poet Laureate from 2007 to 2008."