El Camino del Lobo: Dominates the Art of Persuasion the Influence and Success 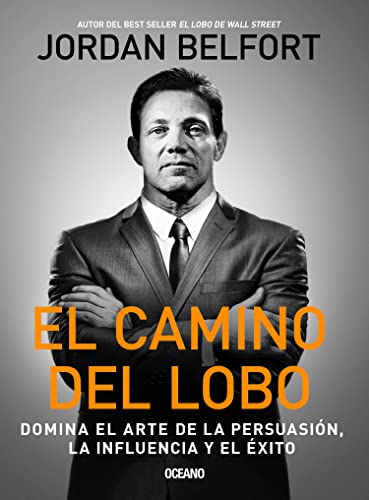 For the first time ever, Jordan Belfort opens his playbook and gives readers access to his exclusive step-by-step system--the same system he used to create massive wealth for himself, his clients, and his sales teams. Until now this revolutionary program was only available through Belfort's expensive online training. Now in El camino del lobo, Belfort is ready to unleash the power of persuasion to a whole new generation of readers, revealing how anyone can bounce back from devastating setbacks, master the art of persuasion, and build wealth. Every technique, every strategy, and every tip has been tested and proven to work in real-life situations.

Jordan Belfort is a consultant for major business firms and his ideas have been published in newspapers and magazines such as The New York Times, The Wall Street Journal, Los Angeles Times, The Times, Herald Tribune, and many others. He is also the author of The Wolf of Wall Street, which was adapted into film in 2013 with Leonardo DiCaprio as the lead actor.

El camino del lobo / The Way of the Wolf : Dominates the Art of Persuasion the Influence and Success -Language: spanish