Artículos relacionados a Beyond Earth 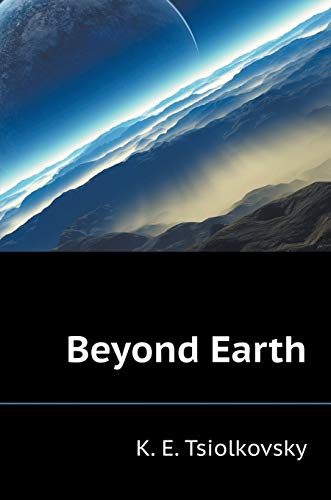 KE Tsiolkovsky - the famous Russian scientist in the field of aerodynamics, the inventor of the metal dirigible, the creator of the theory of jet propulsion and interplanetary communications. The results of some of his works K. E. Tsiolkovsky clothed in the form of a science-fiction story. Duration - 2017 and subsequent years. A group of scientists of different nationalities to build a spaceship, embarks on a journey - first around the Earth, the Moon and then, finally, is flying within the solar system. The author tells in detail about the conditions of flight and life in a rocket on the "colonies" on artificial earth satellites, to visit the Moon and the asteroid. All calculations and explanations of the author are based on strictly scientific data and are often the result of his mathematical research. "Mankind will not remain forever on Earth, but in pursuit of light and space, at first timidly penetrate beyond the atmosphere, and then will conquer all the space around the Sun" - wrote K. E. Tsiolkovsky.