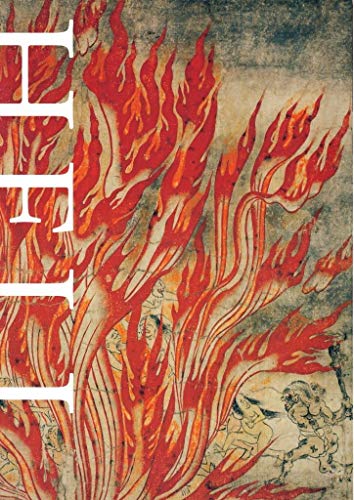 This art book showcases depictions of hell in Japanese art from the 12th century to the 19th century. It features a large collection of masterpieces presented with details and enlargements from the works. These images are of aesthetic, thought-provoking, frightening and wickedly funny. The single-volume collection focuses primarily on works designated as Japanese National Treasures or Important Cultural Properties and features the various depictions of hell by prominent artists such as Kazunobu Kano, Nichosai, Yoshitoshi Tsukioka and Kyosai Kawanabe. It is a must-see for artists, illustrators and anyone interested in representations of hell. This volume also features the 19th century woodblock-printed edition of Ojoyoshu (The Essentials of Rebirth in the Pure Land) written by the medieval Buddhist monk Genshin (942 - 1017) and is accompanied by modern bilingual text. Written in 985, this influential Buddhist text is often compared with Dante's La Divina Commedia (La Divine Comedie/The Divine Comedy). Its brutal scenes of underworld realms display the suffering and cruelty one might endure as a consequence of harmful acts committed in life or the judgement by the Ten Kings of Hell. These ideas of hell in Ojoyoshu have played an enduring role in inspiring Japanese Buddhist paintings and other subsequent texts, particularly from the medieval period onward, and are vividly portrayed in the painting featured in this volume. Essays from historians of both Japanese art and Buddhism are also included in bilingual text.

Born in 1945 in Kyoto. As an art director, Takaoka has overseen numerous graphic design and advertising projects. Among his published works are Sennen (A thousand years; Mainichi Shinbunsha) for which he won the Kodansha Publication Culture Award, Wagashi (PIE Books) for which he won the Gourmand Best Design Award, Yasai kara mita niku (Meet seen by vegetables; Parco Publishing), Women and AIDS, Q.O.L (both Nippon Foundation), and Katachi, Kingyo, Manyoshu, Noh (all PIE International), Japanese Dogs, Hyakunin Isshu, Pochibukuro (all PIE Books). He has staged events such as the video exhibition Kanata e (In the distance) and the AIDS Tokyo Exhibition. He is the recipient of the Gold Medal at the Japan Graphic Design Exhibition, the Prime Minister's Award at the All Japan Calendar Exhibition, and the ADC Award. He is a professor at Osaka University of the Arts.