Artículos relacionados a The Watch Book 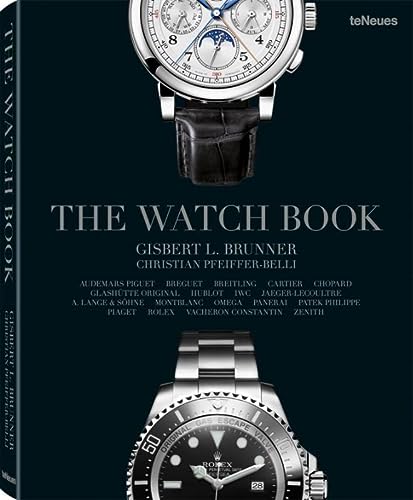 Few objects combine function, elegance, and status as well as a wristwatch. One's choice of chronograph reveals a great deal because it shows the value we place on the most precious resource of all-time. A blend of precise mechanics, craftsmanship, fine materials, and innovation distinguishes the truly superlative examples. In The Watch Book, readers can feast their eyes and minds on a magnificently-illustrated and well-documented chronicle of the world's best timepieces. First, we're treated to a brief discussion on the meaning of time and its measurement by ticking sets of gears and hands. Next we delve into more than 18 premium manufacturers, including Patek Philippe, Rolex, and Cartier. These biographies of the most important names in top-end timekeeping trace the progressive development from their earliest days right up to the latest innovations and current models. We explore just what makes these houses outstanding, learning about the remarkable breakthroughs that established them as the creme de la creme of the European watch industry.

Gisbert Brunner, born in 1947, has been working with wristwatches, pendulum clocks, and other precision timekeeping instruments since 1964. During the quartz watch crisis in the 1970s, he discovered a new love for mechanical timepieces as well. His talent and passion for collecting chronographs led him to publish his first articles on the subject in magazines including GQ, ZEIT Magazin and Chronos in the 1980s. He has since written more than 20 books about every aspect of the field.