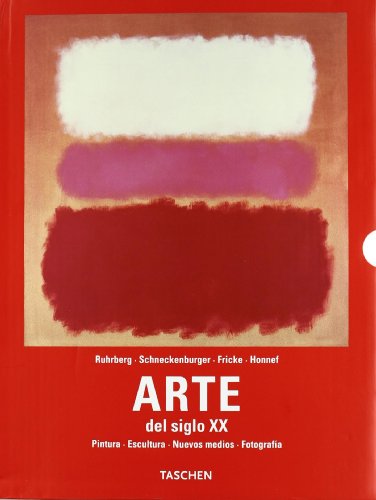 Reseńa del editor:
From Klimt to Koons and everything in between: it's all here (TASCHEN's 25th anniversary special edition) Who could possibly have forecast on New Year's Eve 1899 that, one hundred years later, painting and sculpture would be only options, not prerequisites? The term "art" has been defined and redefined so many times over the last 100 years that it has gained entirely new social, political, and technological meanings. Ranging across the full spectrum of disciplines available, including photography and new media, and thematically chaptered to highlight relationships between works and movements, this readable and encyclopaedic masterwork does just what it says on the cover. Whether you want Surrealism or Land Art, Fluxus or Bauhaus, this is your be-all, end-all guide to art of the 20th century. An undertaking as immensely ambitious as this one deserves to be owned by everyone, which is why we decided to make a special, more compact edition of this two-volume classic in celebration of our 25th anniversary.
Biografía del autor:
Ingo F. Walther was born in Berlin and studied medieval studies, literature, and art history in Frankfurt am Main and Munich. He has published numerous books on the art of the Middle Ages and of the 19th and 20th centuries, including TASCHEN's Vincent van Gogh, Pablo Picasso, and Codices illustres.