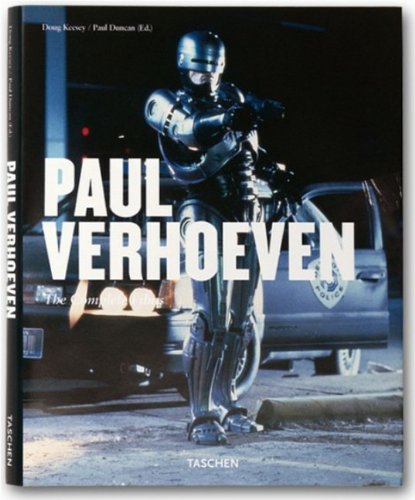 "As a director, my goal is to be completely open. Just look at how I portray sex in my films. They're considered shocking and obscene because I like to carefully examine human sexuality. It has to be realistic." Paul Verhoeven"

Known for always pushing the envelope when it comes to showing sex and violence on screen, Paul Verhoeven has directed controversial films in several genres, including the erotic thriller (Basic Instinct), melodrama (Showgirls) and science fiction (RoboCop, Total Recall, Starship Troopers, Hollow Man). However, even before going to Hollywood, Verhoeven had been a succes de scandale in his native Netherlands, where he directed a war saga (Soldier of Orange), a medieval epic (Flesh+Blood), a psychosexual thriller (The Fourth Man) and a sex comedy (Turkish Delight, which was voted Best Dutch Film of the Century at the Netherlands Film Festival). Verhoeven has shown that visceral thrills can be thought provoking, challenging our received notions of heroism, patriotism, and eroticism. He has created some of the most courageous and contentious films of recent years. Made with full access to Paul Verhoeven's archives!