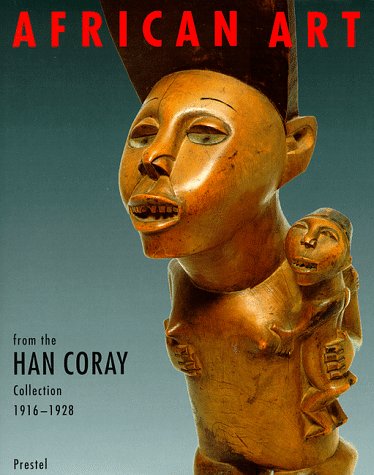 Han Coray (1880-1974) was one of the first and most important European collectors of African art. His extensive collection was procured by the Museum for Ethnology in Zurich in 1940 and is one of the highest quality collections in Europe. "African Art: The Han Coray Collection 1916-1928" contains a selection of approximately 200 of the most impressive objects presented in beautiful illustrations and accompanied by informative texts. Featured are not only sculptures and wooden masks, but also ivories, textiles and works in metal. The art of many regions is represented here, with a special focus on that of Central Africa. Coray's African collection was a product of his interest in art, not in anthropology, and it was in fact artists, art lovers and art historians with whom he associated. This explains and justifies the predominance of contributors from the world of art in this volume, including commentaries and essays by Georg Baselitz, Daniel Spoerri and Harald Szeemann. Anthropological contributions discuss the problem of universal visual experience and address the aesthetics of traditional African art.