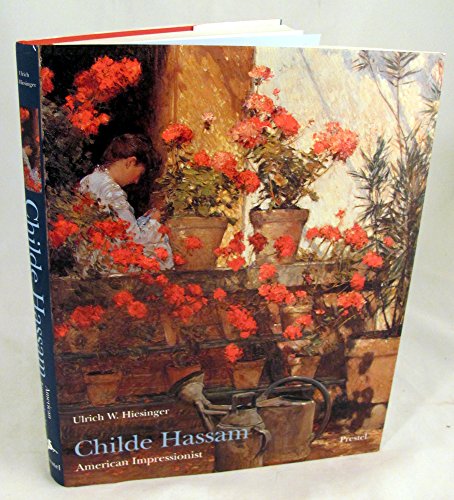 Childe Hassam has long been recognized as America's foremost Impressionist painter, yet the sheer size and variety of his output have hindered a full appreciation of his work. The present volume seeks to remedy this by offering, for the first time, a comprehensive survey of the artist's career. That career began in his native Boston, where he worked as an illustrator and a watercolor painter. Hassam absorbed the principles of Impressionism during three crucial years spent in Paris in the mid-1880s. Largely self-taught, he emerged from his stay a brilliant colorist with a style uniquely his own. On his return to the United States, Hassam settled in New York, and the next two decades saw him produce his finest work, as he painted ceaselessly in the cities and the coastal resorts of the east. Believing that the artist should paint his own time in the most modern manner, and convinced that the beauties of America rivaled those to be found anywhere, Hassam was an early experimenter with pure color and sought to capture specific effects of light in landscapes and everyday city scenes alike. His virtuosity encompassed everything from radiant New England skies to the haunting glare of lamplight in a snow-covered park. Flower-filled gardens in Villiers-le-Bel and on the Isles of Shoals, the bustling boulevards of Paris and the carriage-lined squares of Old New York, the quaint harbor towns of Newport and Gloucester - these and other unassuming subjects were transformed by the artist's fresh vision. Hassam was also the first to proclaim the majestic dignity of New England churches in his work. This monograph is notable for its careful selection and analysis of Hassam's finest oils andwatercolors, many of them in private collections and never published before. A number of errors in previous publications on the artist, ranging from falsely identified works to details of Hassam's travels, are corrected here, and new information is provided on such a classic painting as Gra