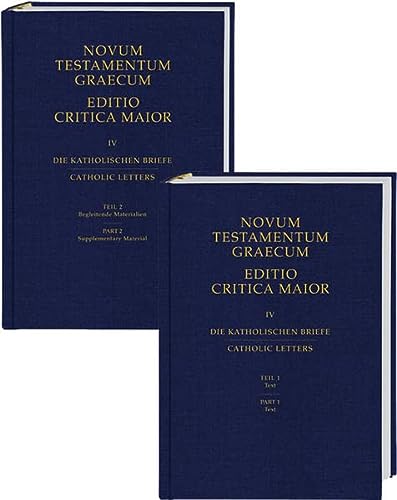 The Editio Critica Maior of the New Testament exhibits the History of the Greek text through its first millennium and provides all the relevant materials found in Greek manuscripts, patristic citations, and the versions. The evidence cited includes many textually significant manuscripts that have hitherto been either slighted or completely ignored, which opens a new way for the understanding of the text. The entire New Testament is divided into four volumes. This new edition of the Volume IV Catholic Letters replaces the four paperback installments that were published in 1997. There are two parts: Part I consists of the Text and Part 2 consists of Supplementary Material. Parts 1 and 2 are shrink wrapped together.