Artículos relacionados a Latino-Punic Epigraphy: A Descriptive Study of the... 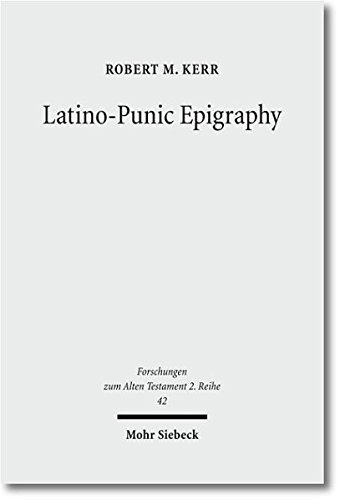 Robert M. Kerr presents a complete edition of all known Latino (and Graeco)-Punic inscriptions along with a detailed, comparative grammatical analysis, esp. with regard to phonology and orthographic practice. Several texts are presented here for the first time. These texts from Roman-era Tripolitania (the first centuries A.D.) render Punic systematically, although written with Latin graphemes. Until now they have been largely neglected by Semiticists. They thus provide, among other things, fully vocalised material, unusual for alphabetically written Semitic languages, which can provide us with insight into the historical and diachronic development of the (North-West) Semitic languages, esp. biblical Hebrew. At the same time, these texts are also interesting epigraphic texts documenting the spread of the Punic language into the African interior. A glossary and comprehensive indices help make this work accessible for reference purposes.