Artículos relacionados a Aliyev & Co.: 35 Letters to My Son 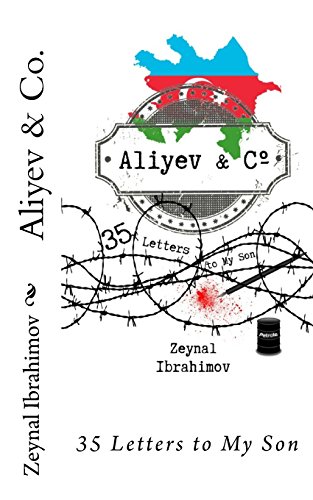 Descripción Createspace Independent Publishing Platform, United States, 2018. Paperback. Condición: New. Language: Russian. Brand new Book. "We need to pay tribute to the author for his perception of the depth of the drama that has taken place in Nagorno-Karabakh, and for civic courage to call all things by their proper names, and for literary mastery in presenting these events for the edification of the next generations." Ruben Mehrabyan, Political Analyst & Author, Foreign Policy Developments & Security Programme, Armenian Institute of International and Security Affairs "Shame, humiliation, and contempt made me write this novel, shame for what I saw with my very own eyes, humiliation for a country that has slipped into fascism and degradation of all human values, contempt for a lie that has been presented to the world for almost three decades, for the world which silently swallows this lie, washing it down with millions of barrels of oil. Aliyev family turned the population of Azerbaijan into the crowd of intimidated slaves. No one dares to openly acknowledge the total falsification of history in Azerbaijan or to challenge Azerbaijan's involvement in the ethnic and territorial conflict in Nagorno-Karabakh. No one in the country dares to recognize the historical reality of genocide of Armenians in the Ottoman Empire. I know that I will be cursed not only by the Azerbaijani authorities but also resented by the complacent crowd without the tacit consent of which no dictatorship can exist. For the dictator does not just sit on the throne. He sits in each of those who lie, hate or those who are afraid or silent." Zeynal Ibrahimov. Nş de ref. del artículo: APC9781983480676