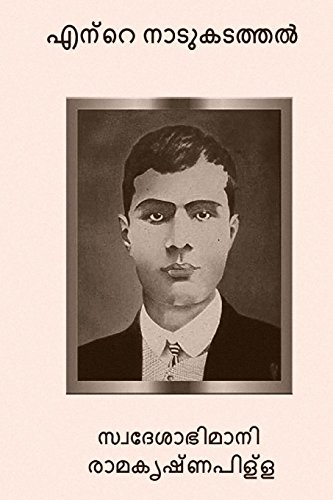 Descripción Createspace Independent Publishing Platform, United States, 2017. Paperback. Condición: New. Language: Malayalam. Brand new Book. K. Ramakrishna Pillai (1878-1916) was a nationalist writer, journalist, editor, and political activist. He edited Swadeshabhimani (The Patriot), the newspaper which became a potent weapon against the rule of the British and the erstwhile princely state of Travancore (Kerala, India) and a tool for social transformation. His criticism of the Diwan of Travancore, P. Rajagopalachari and the Maharajah led to the eventual confiscation of the newspaper. Ramakrishna Pillai was arrested and exiled from Travancore in 1910. While in exile, Ramakrishna Pillai returned to his studies. He joined the F.L. Degree and Kalyaniamma joined BA Degree program in Philosophy. It was during these days in Madras that he wrote the book Ende Naadukadathal on his banishment from Travancore. Nş de ref. del artículo: APC9781979219792