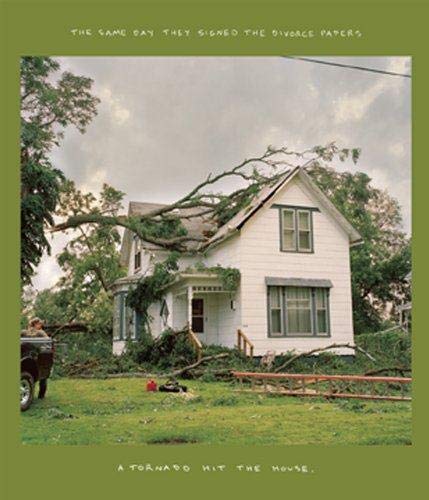 "Verene walks right into the lives of his folks, showing you how they are, without any embarrassment on either side. Their togetherness is taken for granted so openly that the viewer feels at each moment like one of them, a member of the clan. Verene's color [is] tender, warm and sensual, though stops well short of being glamorous . . . flooding them all with a strange, sweet romance. These pictures convey his bittersweet fondness for a smaller world in which he grew up but no longer shares, but which has lessons to teach him about the inroads of ageing, disability and other difficulties. People do what they can to help each other and themselves, all from 'leaking boats.' Meanwhile, the dark room and the night bring tidings of their isolation. Many viewers are familiar with visits back home in this mood, which Verene renders luminous and fatal."

Max Kozloff, The Theater of the Face: Portrait Photography Since 1900

Chris Verene was born in 1969 inGalesburg, Illinois, a town of 33,000 people. Initially self-taught, Verene began a documentary photography project, working with a medium-format camera, taking pictures of family and friends. Later, he studied art at Georgia State University and moved to New York. In 2000 Verene's first monograph was published by Twin

Palms. The book, Chris Verene, and corresponding exhibitions garnered critical acclaim for his work. In 2002 Verene became the first photographer to receive a grant from the Pollock-Krasner Foundation.