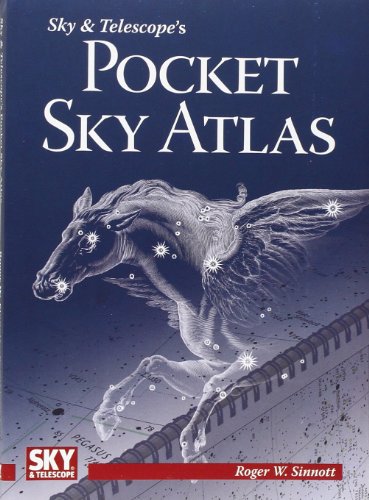 Perfect for experienced stargazers and beginners alike, Sky & Telescope's Pocket Sky Atlas will have you exploring the heavens in no time!

Sky & Telescope's celestial atlases are the standard by which all other star atlases have been judged for a half century. Now we've raised the bar again with ourPocket Sky Atlas - Jumbo Edition. There has never been such a wonderfully detailed atlas so handy to take on trips and use at the telescope, thanks to its user-friendly size, convenient spiral-bound design, and easy-to-read labels. The charts show both constellation boundaries and stick figures to help you find your way.

Features of this atlas: