Artículos relacionados a THE UNREAL GAME ENGINE: A Comprehensive Guide to Creating... 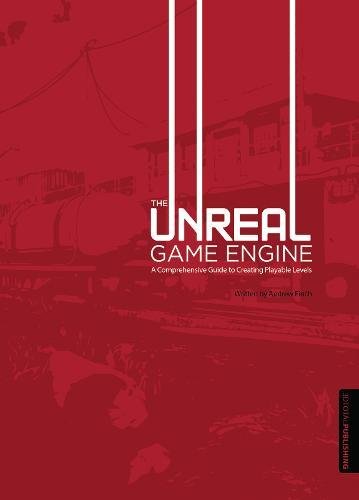 The Unreal game engine is a versatile system that has been used to power a variety of best-selling video games. In The Unreal Game Engine, environment artist Andrew Finch looks at how to create game levels using the free Unreal Development Kit, from modeling the environment and building objects to adding those objects to the scene, texturing, and lighting. If you've ever wondered what it would be like to be a level designer, then look no further! Andrew Finch works for Codemasters games studio as an environment artist and his credits include F1 2012 and Star Wars Battlefront: Elite Squadron.

Andrew Finch works for Codemasters games studio as an environment artist, and his credits include F1 2012 and Star Wars Battlefront: Elite Squadron. 3DTotal Publishing 3DTotal was founded in 1999 as a simple 3D resource website. Over the last decade the site has evolved into one of the premier CG art websites in the world, offering a variety of training products, an inspirational gallery, a free texture library and hundreds of free tutorials on a variety of subjects. In 2006, 3DTotal entered into partnership with Focal Press and launched the popular book series Digital Art Masters and Digital Painting Techniques. The premise for these books was to provide high quality content that would inspire and educate the next generation of digital artists. Featuring the work of top industry professionals, detailed tutorials and image breakdowns, these series have become firmly established as indispensable resources for any digital artist. After five successful years working with Focal Press, 3DTotal Publishing was launched in early 2010. As well as self-publishing the next volumes in the pre-existing Digital Art Masters and Digital Painting Techniques series, 3DTotal Publishing has launched a number of new titles including: Photoshop for 3D Artists: Volume 1, Beginner's Guide to Digital Painting in Photoshop, ZBrush Character Creation and Elysium - The Art of Daarken.

5. THE UNREAL GAME ENGINE: A COMPRE

6. THE UNREAL GAME ENGINE: A COMPRE

7. THE UNREAL GAME ENGINE: A COMPRE