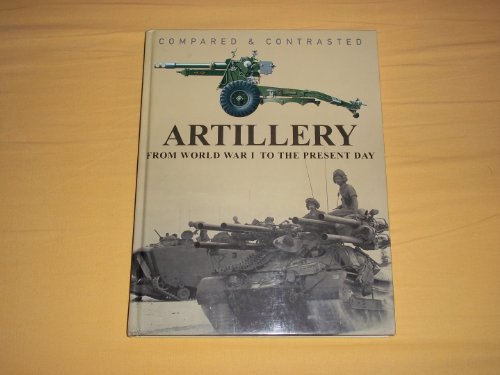 Moving from early catapults and ballistae to the technological marvels of the present day, "Artillery: Compared & Contrasted" is a comprehensive guide to the 'queen of the battlefield'. The story of its development as a military arm and its use in warfare is illustrated with full-color artworks and dramatic action photographs. The book features such famous examples as the German '88', the British 25-pounder and the American M109. Many of the weapons described in "Artillery: Compared & Contrasted" are also accompanied by detailed color profiles, which show their size and design. There are also full specifications tables that list country of origin, weights, dimensions and armament (with all weights and measures provided in both metric and imperial). Spread throughout the book are 'head-to-head' comparisons between rival artillery types, highlighting their strengths and weaknesses. "Artillery: Compared & Contrasted" is an accessible reference guide to the subject, which will appeal to anyone with an interest in warfare.