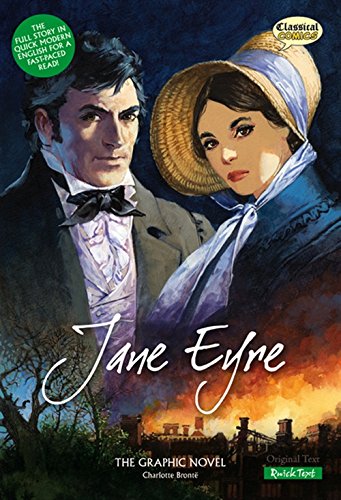 This title presents the full story in quick modern English for a fast-paced read! This Charlotte Bronte classic is brought to vibrant life by artist John M. Burns. His sympathetic treatment of Jane Eyre's life during the 19th century will delight any reader with its strong emotions and wonderfully rich atmosphere., Travel back to a time of grand Victorian mansions contrasted with the severest poverty and immerse yourself in this love story. It is presented in full color graphic novel format wonderfully illustrated by legendary artist John M. Burns., It meets UK curriculum requirements. Teacher's notes/study guides for teaching ages 10-17 available.

Charlotte Bronte, born in 1816, was an English novelist and poet, the eldest of the three Bronte sisters, and one of the nineteenth century's greatest novelists. She is the author of Villette, The Professor, several collections of poetry, and Jane Eyre, one of English literature's most beloved classics. She died in 1855.