Artículos relacionados a Revealed: Number 11 in series (House of Night) 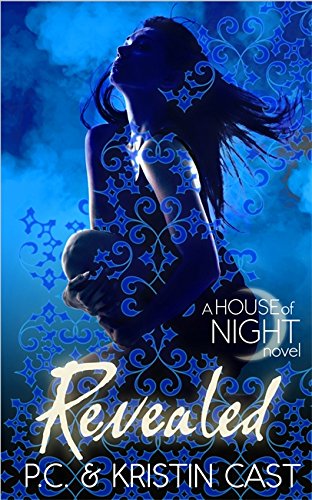 Drastically altered after her fall at the end of HIDDEN, Neferet is now more dangerous than ever - and her quest for vengeance will wreak havoc on humans as well as Zoey and her friends. Chaos is loosed in Tulsa and the House of Night is blamed. Can Zoey stop Neferet in time to keep her anger from escalating to full-on war? Or will someone else have to step in to take the fall?

P. C. Cast is an award-winning fantasy and paranormal romance author. She was a teacher for many years but now concentrates on writing and public speaking full-time. Her daughter, Kristin Cast, has won awards for her poetry and journalism as well as co-writing the bestselling House of Night series.

Descripción Atom. Condición: Good. Digital original. Ships from the UK. Former Library book. Shows some signs of wear, and may have some markings on the inside. Nş de ref. del artículo: 7212193-6

Descripción Atom. Condición: Good. Digital original. Ships from the UK. Shows some signs of wear, and may have some markings on the inside. Nş de ref. del artículo: GRP101912884

Descripción Atom. Paperback. Condición: Very Good. The book has been read, but is in excellent condition. Pages are intact and not marred by notes or highlighting. The spine remains undamaged. Nş de ref. del artículo: GOR005257759

Descripción Atom. Paperback. Condición: Good. The book has been read but remains in clean condition. All pages are intact and the cover is intact. Some minor wear to the spine. Nş de ref. del artículo: GOR005588329

Descripción Atom 2013-10-15, 2013. Hardcover. Condición: Good. No Jacket. Item is in good condition. Some moderate creases and wear. This item may not come with CDs or additional parts including access codes for textbooks. This may not have a dust jacket. Might be an ex-library copy and contain writing/highlighting. Photos are stock pictures and not of the actual item. Nş de ref. del artículo: DS-190565491X-3