Artículos relacionados a Anno Mortis (Tomes of the Dead, 5)

Anno Mortis (Tomes of the Dead, 5) 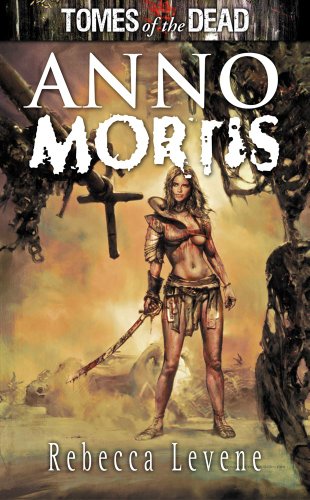 An Ancient City Holds an Ancient Secret! The year 40AD is drawing to a close, the last gasp of Caligula's demented reign. Rome dominates the world, but something is festering at the heart of the Empire. Slaves are disappearing, the bodies of the dead are being stolen and mysterious shipments arrive from Egypt in the dead of night. Barbarian gladiator Boda was brought to Rome in chains as a prisoner of war. She hates her captors and their decadent city, but when she uncovers a plot to breach the barrier between life and death, she realises that she may be the Empire's only hope.

Rebecca Levene has been a writer and editor for fifteen years. In that time she has storylined Emmerdale, written a children's book about Captain Cook, several science fiction and horror novels, a novelisation and making-of book for Rebellion's Rogue Trooper video game, and a Beginner's Guide to Poker. She has also edited a range of media tie-in books. She was associate producer on the ITV1 drama Wild at Heart, story consultant on the Chinese soap opera Joy Luck Street, script writer on Family Affairs and Is Harry on the Boat? and is part of the writing team for Channel 5's Swinging. She has had two sit-coms optioned, one by the BBC and one by Talkback, and currently has a detective drama in development with Granada Television.

1. TOMES OF THE DEAD: ANNO MORTIS

2. Tomes Of The Dead Anno Mortis