Artículos relacionados a Monkeys and Apes in the Wild

Arndt, Ingo; Jantschke, Fritz Monkeys and Apes in the Wild

Monkeys and Apes in the Wild 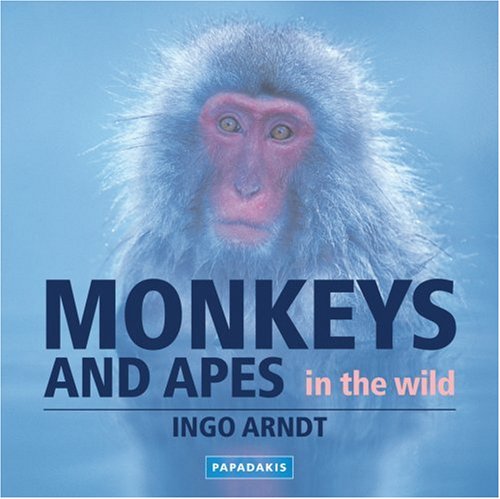 "We recognize the common bond of evolution that connects us all. "There is grandeur in this view of life," noted Darwin, who saw the same links then that we can discover in great numbers here and now in this breathtaking book." Frans de Waal

Apes and monkeys. They are our closest relatives in the animal kingdom. Their peculiarities and abilities, their behaviour and mysteries fascinate us to the core. Indeed, they resemble us in so many ways. This volume illustrates the enormous diversity among them, a fact that is apparent just in the range of sizes: While the pygmy marmoset weighs roughly 100 grams, an adult gorilla can be 270 kilos. Ingo Arndt introduces us to some of the most impressive species, the case studies for the fascinating variety of these animals. Among them are intelligent orangutans, whose name literally means "forest person;" "cultured" Japanese macaques, who enjoy bathing in warm volcanic hot springs; mighty, but usually peaceful gorillas; geladas from the barren grassy regions of the Ethiopian Highlands; and bald uakaris - extensively documented here for the first time - from the swamp forests of the Amazon headwaters. Ingo Arndt has spent a decade capturing wonderful images of these apes and monkeys in the wild. His photographs are an intimate and dynamic testament that includes impressive portraits emphasizing individual character juxtaposed with descriptive snapshots and ambient panoramas. He describes how the photographs were taken and includes anecdotes of his adventures on his travels. Each section features an informative introductory chapter by zoologist Fritz Jantschke.

1. Monkeys and Apes: in the wild

2. Monkeys and Apes in the Wild