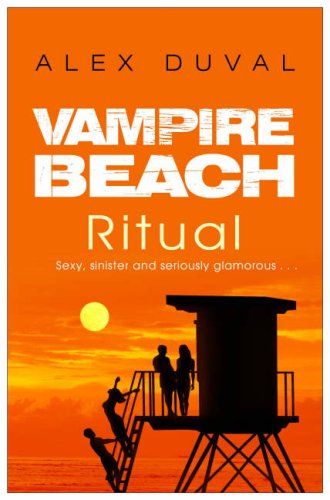 Jason lives in hyper-cool Malibu and hangs out with the cool kids. He thinks he's pretty lucky to be considered a friend of the gorgeous but unattainable Sienna. But only Jason and his friend know the secret behind Sienna's IT crowd - that they are partial to the taste of blood . . .

Jason takes his sister to a New Age fair - and they visit a psychic. Jason is given a warning of great danger - and sure enough, he is soon after attacked by a mysterious assailant. When he wakes up in hospital he discovers that he's been shot with a crossbow. Who would use such a weapon - possibly some kind of vampire hunter? Could Sienna be the one who's really in danger?

Beautiful people, fabulous parties - life in Malibu is pretty cool for Jason. And now things are looking even better as Sienna, the most gorgeous girl in town, seems to be interested in him. Jason is learning to live with Sienna's dark secret - that she and her friends happen to be vampires - but is she more trouble than she's worth?

When he's warned by a psychic of danger ahead, Jason dismisses it as rubbish. But after he's attacked on the beach and another student is killed, he realizes that his and Sienna's lives are in peril . . . A killer with a crossbow is on the loose.

A glamorous slice of vampire life - with a sinister edge!