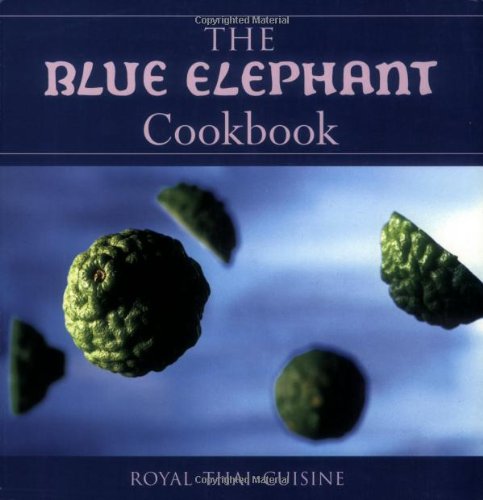 'The Blue Elephant Cookbook' is a collection of recipes from the menus of the Blue Elephant restaurants, simplified and explained in step-by-step detail to make it easy for the home cook to obtain superb results. The book also provides tips on vegetable carving and presentation; and on selecting the choicest fresh produce at your nearest grocery or supermarket. Tony Le Duc's exquisite photographs capture all the subtlety and delicacy of Royal Thai dishes, and help to make this the most enticing - as well as the most authoritative - Thai cookbook of its time. With branches in Paris, Brussels, Copenhagen and London, the Blue Elephant is one of the most successful chains of Thai restaurants. Serving Royal Thai Cuisine - a lighter, more refined version of traditional Thai cooking - the restaurant prides itself on the authenticity of its menu, employing only those chefs with many years' experience in leading restaurants in their homeland or the kitchens of the Thai royal palaces. Their dedication and expertise translates itself into superb dishes, for starters, salads, fish and seafood, meat and poultry, and vegetarian dishes, from the subtly aromatic Nam Prik Ong (a dip of minced chicken flavoured with red curry paste and tomatoes, served with crisp vegetables) and Mud-Cha Chom Tarn (steamed Rainbow Trout flavoured with lemongrass, tomatoes and sweet basil), to vegetarian specialities such as Tow Hu (beancurd with sweet and sour sauce, pineapple, mushrooms, onions, ginger and baby corn). Visit the Official Website: www.blueelephant.com

Since 1974, Brussels-based John Hellon has been writing a weekly restaurant column for The Bulletin. His column has become one of the most influential of its kind in the country. He has been closely associated with the Blue Elephant for many years.