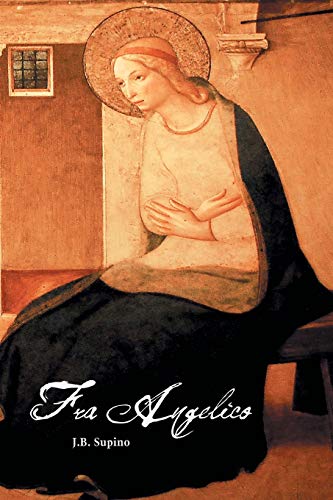 Descripción Paperback. Condición: New. Language: English. Brand new Book. FRA ANGELICO BY J.B. SUPINO Translated by Leader Scott An introduction to the art of Fra Angelico, exploring each period in the painter's career, including his work in Perugia, Orvieto, Rome and Florence. Fully illustrated. Fra Angelico, known by several names, including Fra Giovanni Beato Angelico da Fiesole (1399?-1455), is one of the very few painters of the Italian Renaissance who painted religious pictures exclusively. Almost all Angelico's paintings are religious - he did not paint secular portraits, like, say, Giovanni Bellini or Ghirlandaio. It was Vasari who stressed Angelico's purity, holiness, faith, humility and devout nature, and this description of Angelico as a holy monk-like painter persists throughout the centuries. John Ruskin called Angelico 'an inspired saint'. Fra Angelico stands at the transition between the mediaeval and Renaissance worlds. Angelico's 'feelings are in the Middle Ages', Bernard Berenson wrote, yet he was distinctly a Quattrocento, Renaissance painter. His art combines the timelessness and rigidity of icon painting, where figures are caught in bright, static, hieratic motions, with the new painterly explorations (in form, style and space) of the Quattrocento period. Fra Angelico's paintings seem simple, but their simplicity is deceptive: they are the products of training and skill. Giulio Carlo Argan reminds us that 'everything points to Fra Angelico's being in touch with the most advanced artists of his early day'. The deep spiritual feeling and tenderness of Fra Angelico's art seems 'simple' or 'innocent'. It does not seem cynical and world-weary. Yes, but the simplicity is not so much childish as child-like, as a regaining of the freshness of the spirit of childhood. A reactivation of the maternal realm, perhaps, which Fra Angelico manages to accomplish with a directness most other painters are incapable of reproducing. Fully illustrated, including contemporaries of Fra Angelico. Includes references. 164 pp. Nş de ref. del artículo: AAV9781861716026