Halpern, Paul G. A Naval History Of World War I (Warfare and History)

A Naval History Of World War I (Warfare and History) 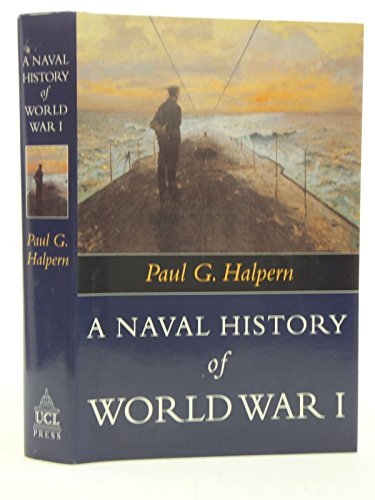 This book aims to provide a definitive work on the First World War at sea. It aims to cover, in a single volume, many aspects of the naval war and to treat the conflict, from the viewpoints of "all" the participants rather than just the Anglo-German perspective.A Naval History of World War I represents a major contribution to our understanding of the operation, tactics and strategy of the First World War. The book covers the activities of the French and British in the Mediterranean, the Italians and Austrians in the Adriatic, and the Russians, Germans and Turks in the Baltic and Black Seas. Detailing the Royal Navy's campaign against the German raiders, the colonial campaigns and the major overseas expeditions, Professor Halpern examines not only naval operations, but leadership, policy, strategy, tactics and technology and relates these to the wider political, diplomatic and economic aspects of the war.; Covering lesser-known conflicts such as the Rumanian campaign and the Danube Flotillas, As Well As The Historic Battles Of Jutland, The Dardanelles and the anti-submarine warfare, the author presents a fully comprehensive and accessible treatment. The book is intended for all serious students of the First World War.

1. A Naval History Of World War I (Warfare and History)

Descripción University College London Press, 1995. Hardcover. Condición: Good. Ex Library copy rebound into original dust jacket. Light marking to the page edges. Good condition is defined as: a copy that has been read but remains in clean condition. All of the pages are intact and the cover is intact and the spine may show signs of wear. The book may have minor markings which are not specifically mentioned. Most items will be dispatched the same or the next working day. Nş de ref. del artículo: mon0013493948

2. A NAVAL HISTORY OF WORLD WAR I

3. A Naval History Of World War I Halpern, Paul G.