Artículos relacionados a Speaker For The Dead: Book 2 in the Ender Saga

Card, Orson Scott Speaker For The Dead: Book 2 in the Ender Saga

Speaker For The Dead: Book 2 in the Ender Saga 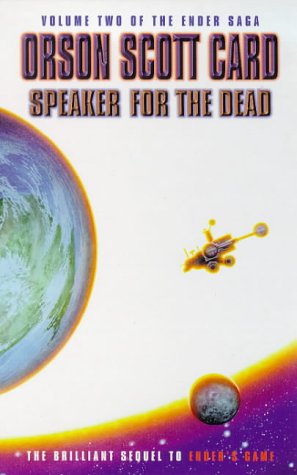 One of the most important SF writers, judged by awards, sales or volume of discussion (LOCUS)

Three thousand planet-bound years have passed while Ender the star-traveller remains young. In that time his name has become anathema, for he is the one who killed an entire race of thinking, feeling beings. No other has been found - until Lusitania is discovered.

The young race there offers mankind a chance to redeem the previous destruction. The only humans allowed near are trained xenobiologists. But once again there are tragic misunderstandings. And when Ender, as Andrew Wiggin, is called to Lusitania to speak for the dead - to present to the community the terrible truth of why men have been killed by aliens - his actions can, and will, reverberate through an entire galactic empire.

1. SPEAKER FOR THE DEAD (THE ENDER