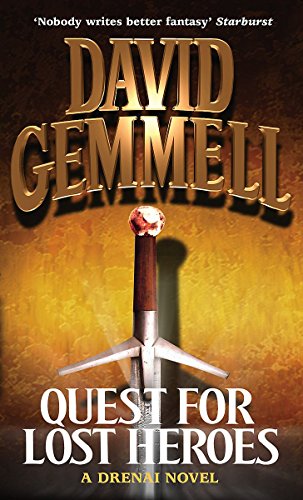 The Drenai fortress of Dros Delnoch has fallen and blood hungry Nadir hordes sweep across the land, bringing desolation and despair.
But, with the Nadir triumphant, slavers seize a young girl in the tiny realm of Gothir and a peasant boy stes off on a quest that will shake the world.

To rescue her, Kiall must cross the savage steppes and journey through the Halls of Hell, facing ferocious beasts, deadly warriors and demons of the dark.

But the boy is not alone. With him are the legendary heroes of Bel-Azar: Chareos the Blademaster, Beltzer the Axeman and the bowmen Finn and Maggrig.

And one among them hides a secret that could free the world of Nadir domination. For he is the Nadir Bane, the hope of the Drennai.

He is the Earl of Bronze.

David Gemmell's first novel, Legend, was published in 1984 and he was widely acclaimed as Britain's king of heroic fantasy. He died in July 2006.