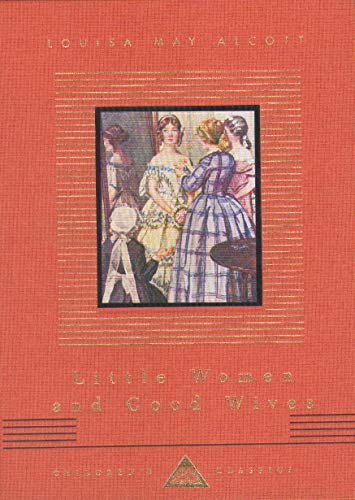 Written in six weeks, and at first thought by its editor to be 'dull', this story of an American family - four sisters and their mother living through the months while father is away in the Civil War - has a universal and enduring appeal. The reason is clear. Louisa Alcott based her story on her own experience of family life. 'Not a bit sensational', she wrote, 'but simple and true, for we really lived most of it. ' When published in 1868, the book was illustrated by May Alcott, Louisa's mother. GOOD WIVES, a sequel to LITTEL WOMEN, was published in 1869, taking up the story of Meg, Jo, Beth and Amy three years on. In 1912 an English artist, Millicent Etheldreda Gray, with a reputation for closely-worked studies of domestic settings, was commissioned by Hodder and Stoughton to paint twelve watercolours for this most long-lasting of all family stories. A new feature film of LITTLE WOMEN will be released by Columbia Pictures in 1995 starring Winona Ryder and Susan Sarandon and directed by Gillian Armstrong.