Artículos relacionados a Cat Sense: Inside the Feline Mind

Cat Sense: Inside the Feline Mind 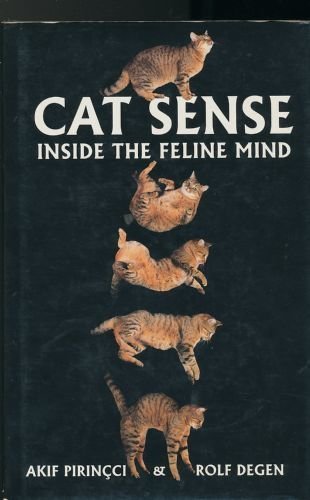 Taking the cat's senses in turn - sight, hearing, smell, taste and touch - the authors describe what science can tell us about the way the senses function in practice, interspersing their accounts with illuminating or entertaining cat anecdotes. There are stories of cat odysseys, taken over vast distances to find lost owners; and of the types of personality differences to be found in cats, and differences in intelligence and learning abilities. An American psychologist has suggested that blue eyes indicate shyness and brown eyes an extrovert character, just as they are meant to do in humans. Francis, the cat hero of Felidae, also makes his presence felt as he puts the cats-eye view at first hand.

2. Cat Sense: Inside the Feline Mind